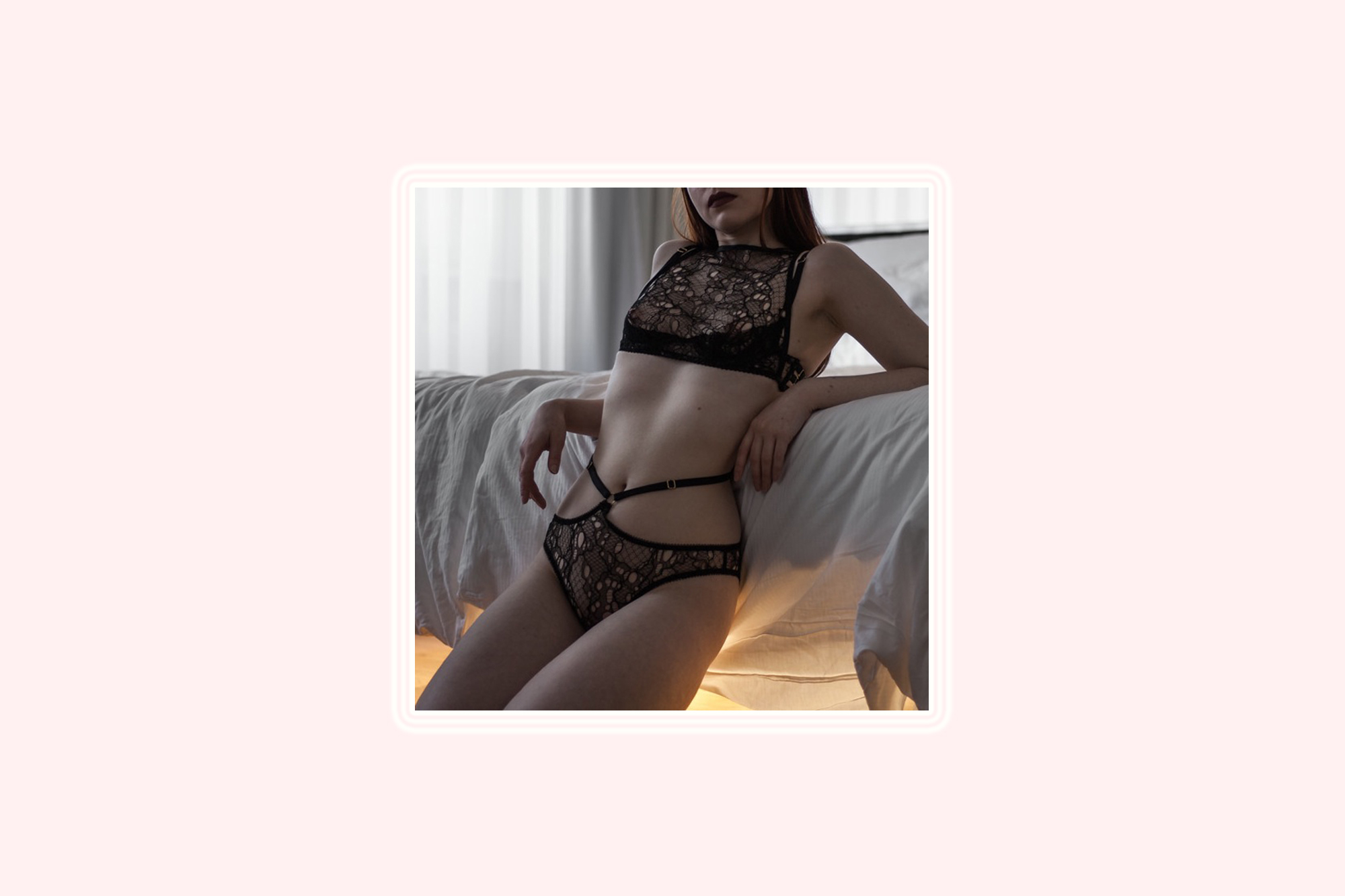 Lingerie wardrobe is a section where different characters who share their love for lingerie tell about their most favourite things and what inspires them. Our guest today is Laura, founder of the beautiful lingerie blog Morning Madonna.

I’m Laura, a small busted blogger and lingerie goth from Scotland. I started collecting lingerie around five years ago, which in turn lead to starting my blog, Morning Madonna. The blog was born out of my frustration of being unable to find reviews of lingerie styles that fit both my size and aesthetic. Morning Madonna is primarily a review blog that focusses on small bust sizes, ethical/indie brands and photography. If you like lingerie that leans towards the minimal, structured and darker styles, then my blog is for you.

Hopeless was my first real taste of luxury lingerie. I discovered the brand through another Scottish blogger and immediately fell in love with their graphic styles and dark imagery. The Carrie Knickers came into my possession after I was unceremoniously dumped by a long distance boyfriend. I had been saving for a train ticket to visit him, however after the fateful phone call telling me not to come, I decided to blow the cash on some new lingerie instead. Little did I know that what was supposed to be a treat after suffering my first proper heartbreak, would trigger my love affair with luxury lingerie and ultimately lead towards the start of my blog. Five years on, the same pair of briefs have seen better days and now have little elastic strings now escaping the mesh fabric, however I just can’t bare to part with them. They live in my lingerie drawer to serve as a reminder that no matter how bad times seem, good things can come out of it. 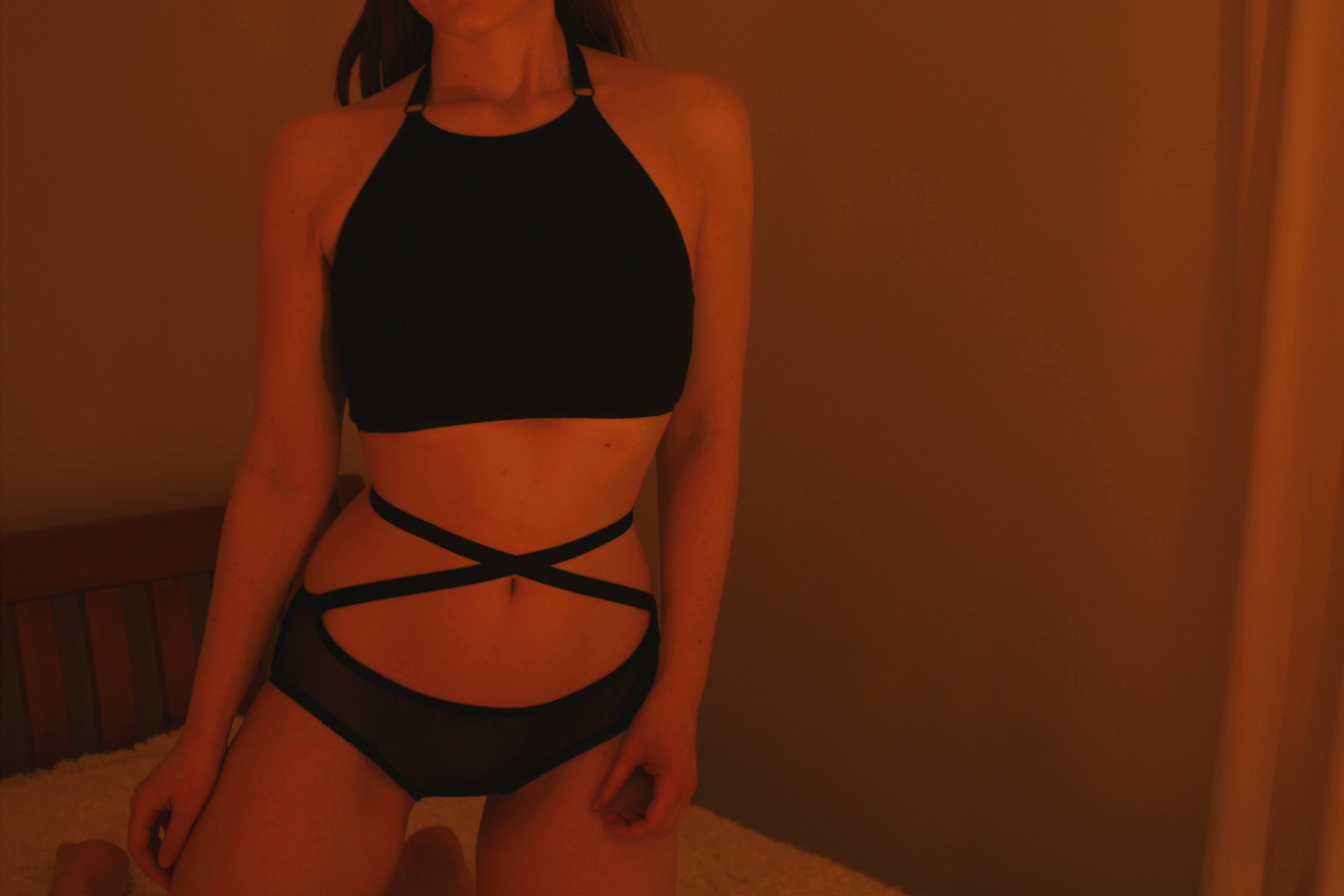 Shortly after buying the Carrie Knickers, I bought The Whitney bra by Agent Provocateur as a birthday present to myself. Being small and shallow busted, I normally wore balconette bras with excessive padding to try and create the illusion of a bust. After the the break up, I was learning to be comfortable with my body and myself again and decided to experiment with some different lingerie styles. I had traveled past the Agent Provocateur store in my city many a time but I had always been to shy to go in. The glamorous staff working there combined with the luxury boudoir feel of the store was quite intimidating! However, I really wanted to try on the Whitney bra in person so I mustered up the courage and went inside. After leaving the boutique I went to a piercing studio, got myself a nipple piercing and then went out dancing with my friends, wearing Whitney. In hindsight it wasn’t actually the best idea as the straps on Whitney weren’t so comfortable with a fresh piercing, but I had a great time regardless. I’ve since completed the set and and I wear it whenever I want to feel like a badass who can handle anything.

Suzy Bra and Dionne Knickers in Red by Hopeless Lingerie

Despite red being my favourite colour, it took me a long time to purchase any red lingerie. I always had a bit of a negative association with red undergarments, until Hopeless came along with a minimal, mesh set which changed my mind. I wore my Suzy bra and Dionne Knickers while sitting my driving test two years ago. While I don’t believe in the concept of lucky pants, this set did give me a confidence boost, especially as I am a nervous driver, I needed all the confidence I could get! They definitely worked some kind of magic, as I did pass my test that day. 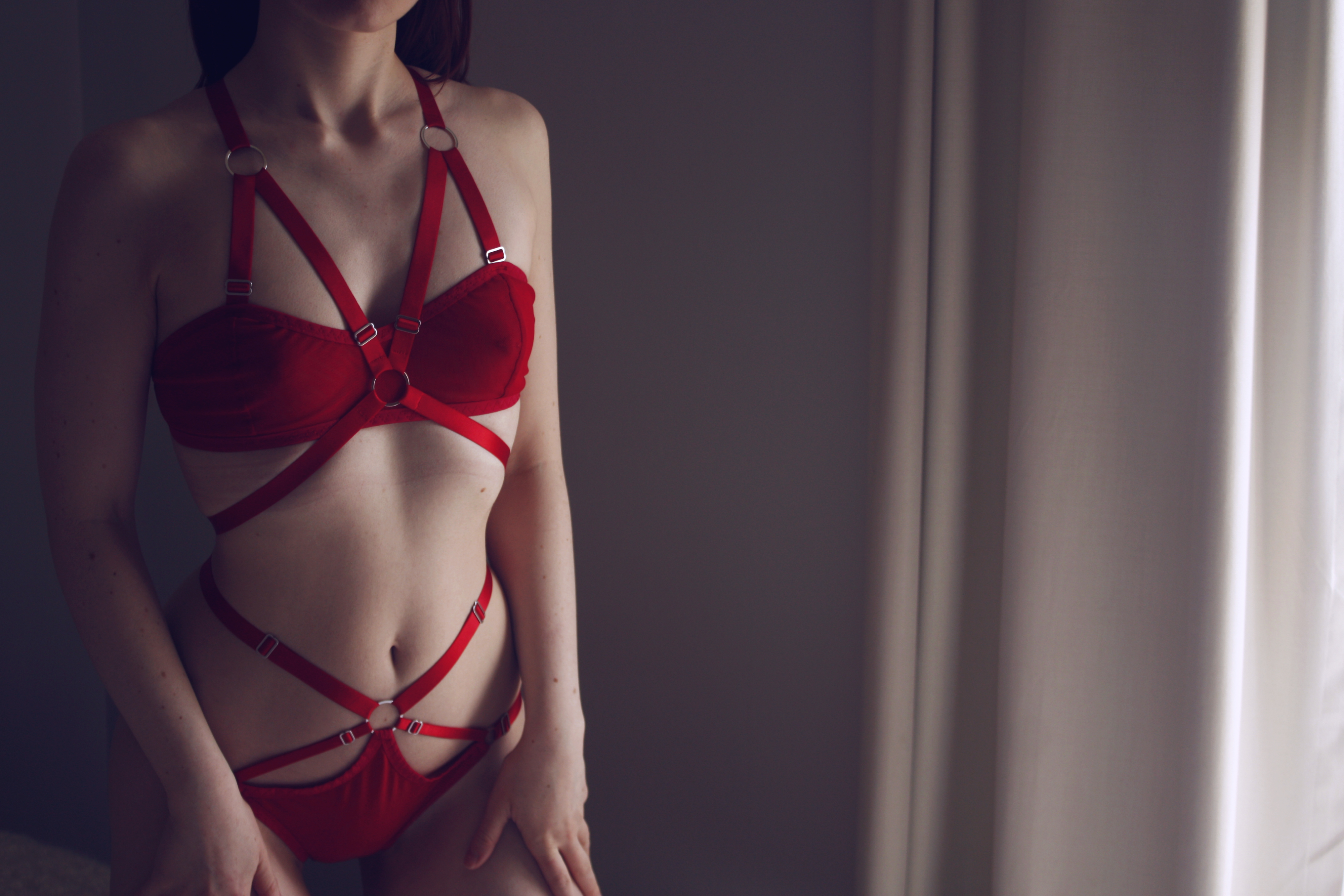 The first Christmas present my current partner bought for me was the Calvin Klein Modern Cotton bralette and brief in grey. This is something he probably now regrets, as he set the expectation of pants as presents pretty early on in the relationship. We are also long distance (apparently I am unable to be in a relationship with anyone who lives in the same city as me) and I like to wear the set when I’m missing him a lot.

Karolina is one of my favourite lingerie designers and when she announced that her shop was due to close, I was determined to buy one last piece from her final collection, “Taakeferd”. Having been such a fan of her work, there was no way I was going to let that opportunity to buy one last creation from her pass me by. I fell in love with the unusual lace used on the Debjani bra and snapped it up along with a pair of matching Ela briefs. Everything Karolina creates is crafted with such care and attention to detail, it’s easy to see why she’s regarded so highly within the lingerie community. 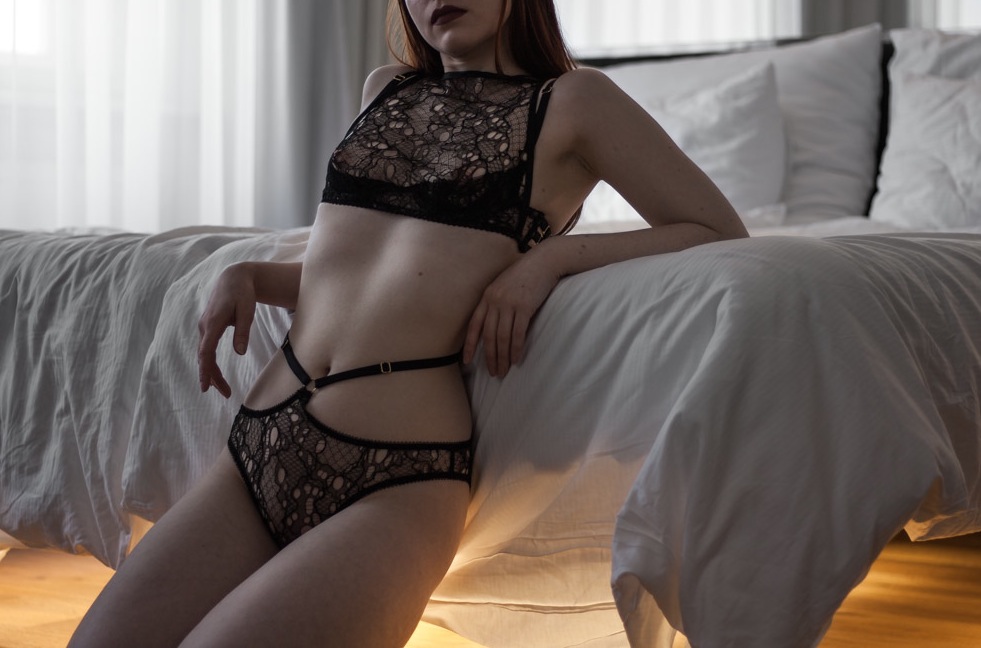 While not traditional lingerie, the Alice Set from Maude Nibelungen is one of my favourite designs in my lingerie collection. Last year, Maude and Evgenia Lingerie joined together to host a giveaway celebrating both brands reaching ten thousand followers on Instagram, which I was lucky enough to win! I was having a particularly rubbish day that when it was announced that I had won, I almost cried in a John Lewis Cafe. I used the voucher to purchase the Alice Set as I loved how versatile the top was, it’s great to wear as both underwear and as outerwear and I just couldn’t say no to the matching brief either. I adore Maude’s work and her aesthetic and it’s an genuine honour to have such a wonderful piece of design in my collection. 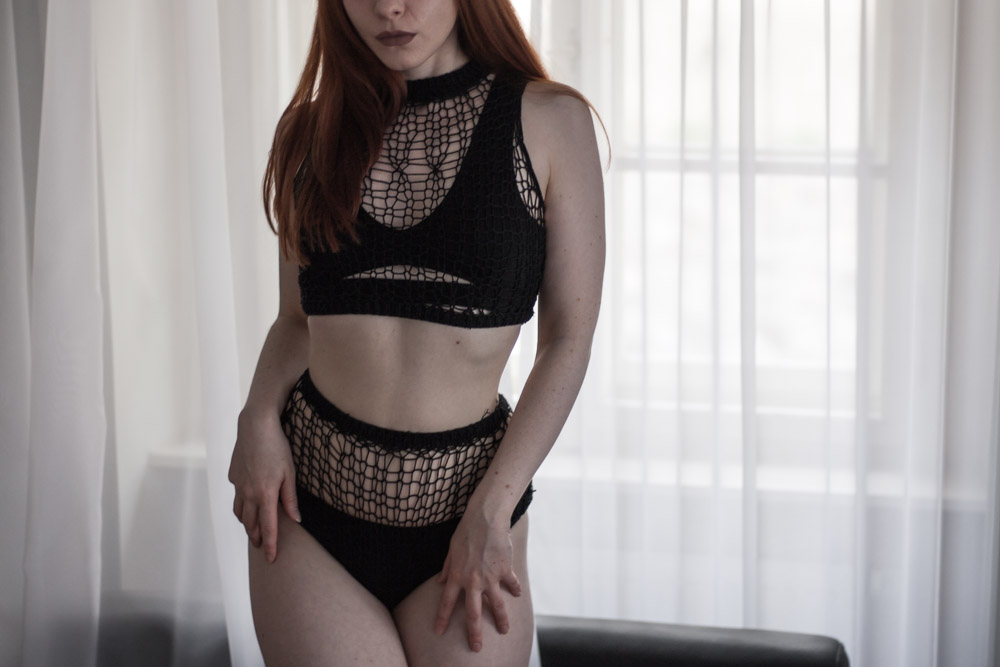 Working with Sasha Louise to create a lookbook for her first lingerie collection has been one of the highlights of my blogging career. I was already a fan of her work and had purchased some of her net pieces, so it was incredibly flattering that she would trust my partner and I to create an editorial for her brand. The net bodysuit was one of my favourite pieces from the underwear collection and I love layering it for outerwear. 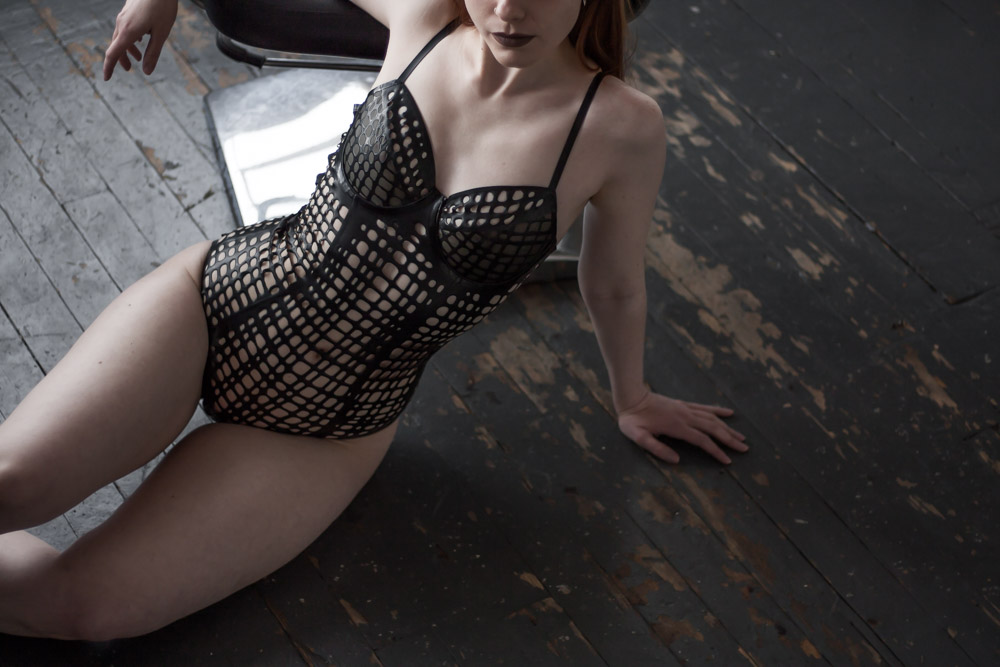 DSTM is incredibly distinctive due to it’s geometric style and mostly black colour palette, two things I find very aesthetically pleasing. It’s almost as if the brand designs for me personally and I would love a wardrobe full of DSTM’s designs. The Jung set is another of my favourites in my lingerie collection, with the bra being one of my most worn pieces, often as outerwear. I love lingerie that can be layered to work as a feature in my outfit and not just hidden away under the clothing and nearly all of DSTM’s pieces are wearable in this way. Not only that, they can be worn as swimwear too, which is an added bonus! 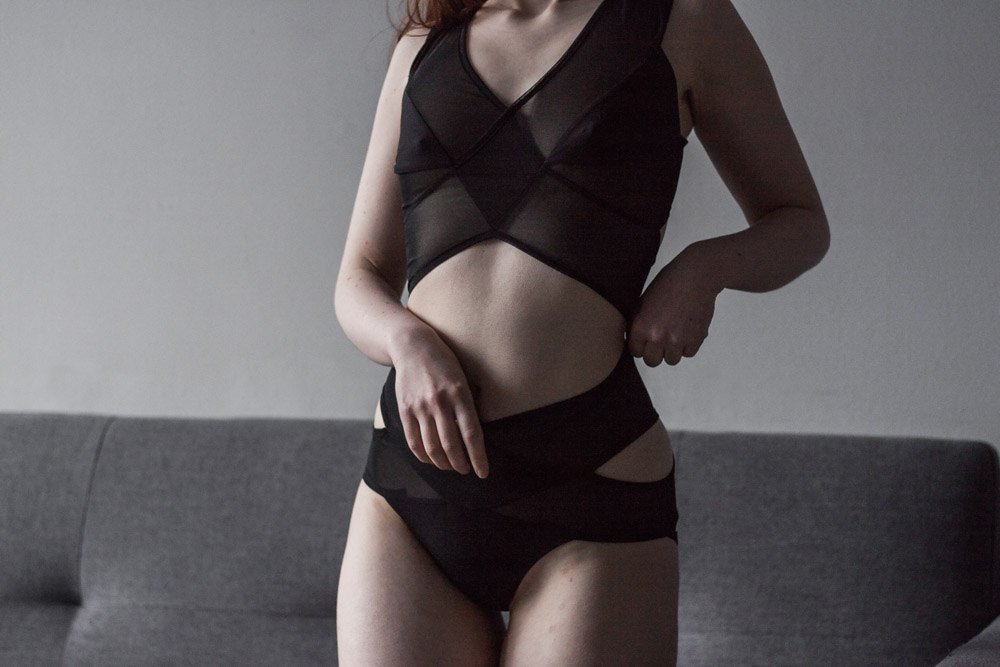 You will definitely find more inspiration and useful reviews on Laura’s blog  morningmadonna.com and in her instagram account @morningmadonna

On the wall, keeping an eye out for White Walkers. New post up featuring these leather look tights from @thetightspot